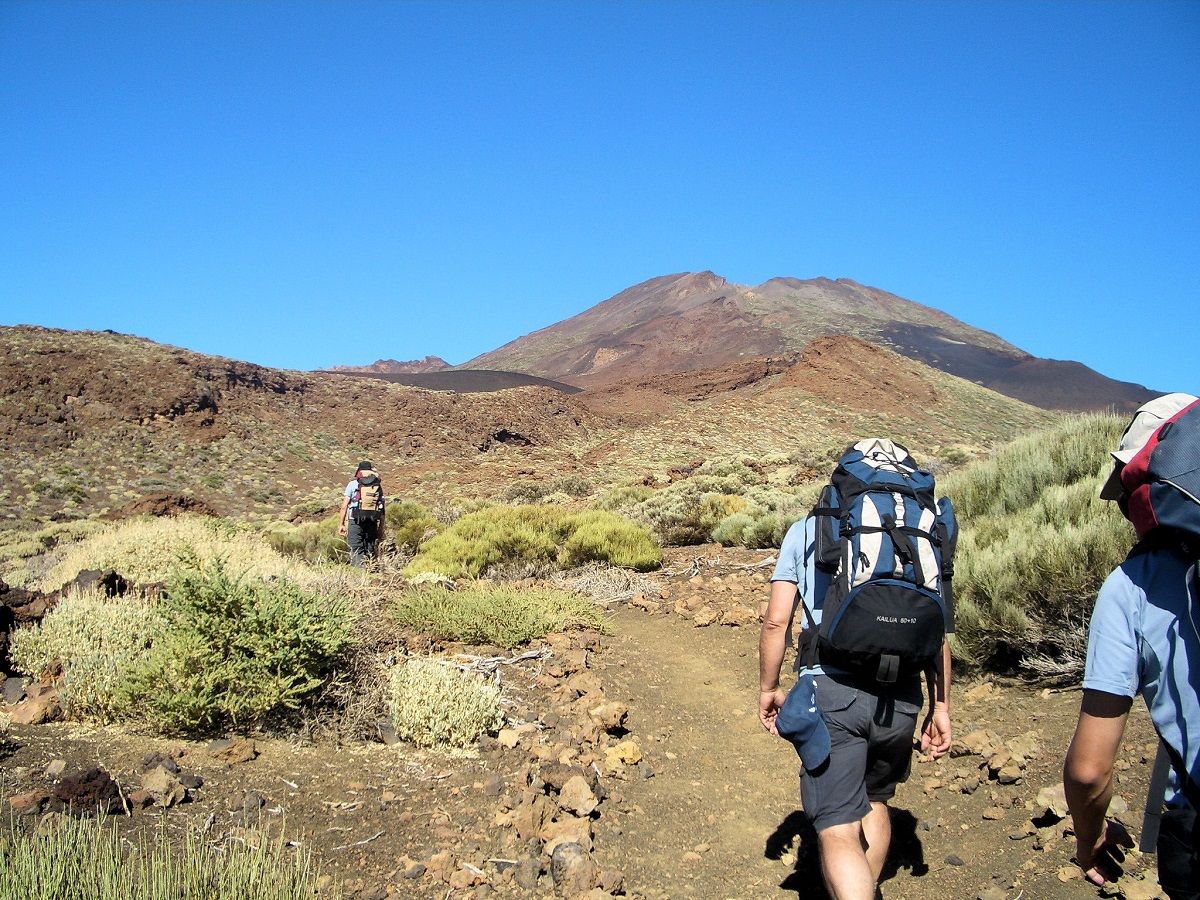 Start hiking in Tenerife, the largest & the highest of the Canary Islands, keep your eyes wide open so you don’t miss a thing!

With its topography and its diversified climat, the most famous island of the archipelago is a mini continent, we can picture it like a pyramid surrounded by beautiful beaches.

Located in the middle of the island, El Teide is the highest mountain massif in Spain, it peaks at 3718m at the summit: El Pico Del Teide. It represents the symbol of the island and can be seen from anywhere on Tenerife.

Whether it is the dry and desert south,or the north with its wet and lush woods, or even the alpine and subalpine areas of Mt. Teide, Tenerife is going to surprise you for sure !

On the programme: Laurel forests and wild coast in the Anaga Massif, gorges and ravines in the Teno Massif, the lunar landscape in the Adeje Massif, and of course, Cañadas del Teide National Park.

With the possibility of hiking up to the summit of Mt.Teide with a one night stay-over in a mountain hut and the cable car descent !

Don’t hesitate and ask for your estimate now !

CATEGORY : ONE WEEK STAY, FULL BOARD