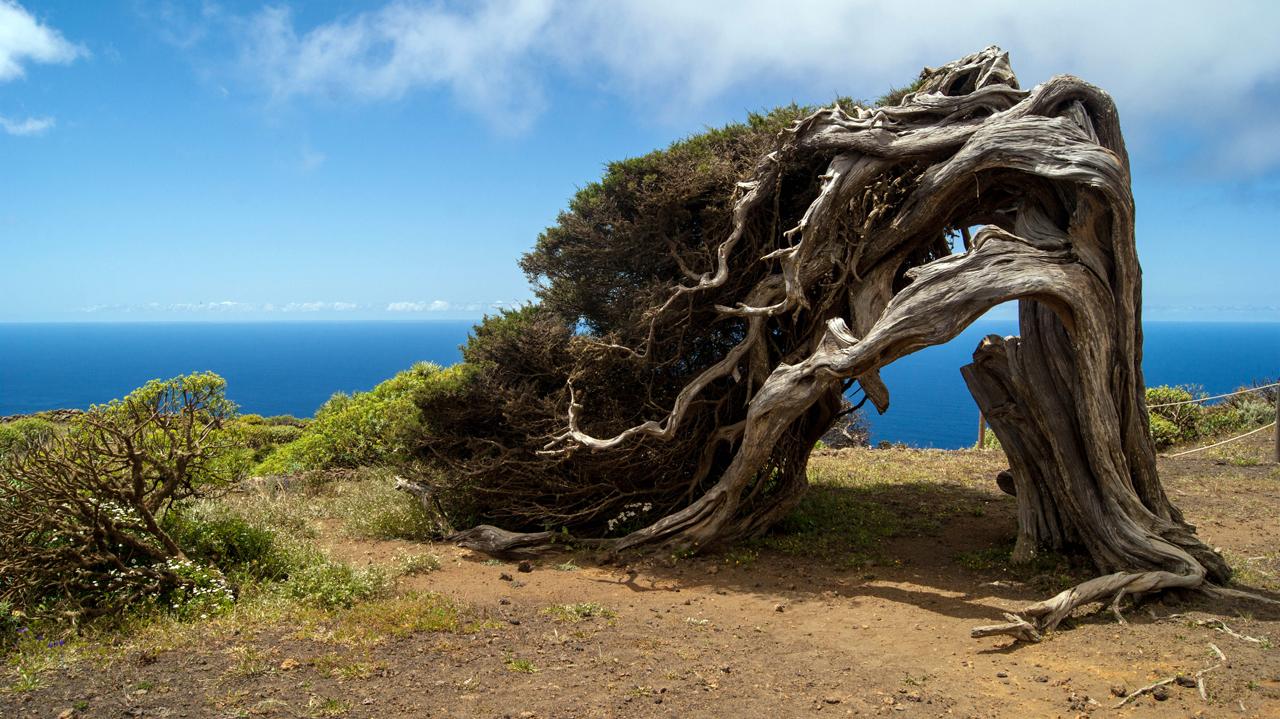 It is the smallest and easternmost of the islands, nice hiking in El Hierro. Since the inauguration of the new hydroeletric center, it is considered as the first self-sufficient island thanks to its renewable energy.

Because it is the one of most difficult islands to get around, it also makes it the most special.

Also known as the “Meridian Island”, it was a reference point for navigators until 1885 before the existence of the Greenwich Meridian.

The landscapes on the island of El Hierro are diverse, and the peacefulness that reigns there is such that you will require a day to adapt to it.

A wild coast, a “wall” that splits the island in two, and vegetation that seems to come out of a fairytale are all the ingredients that make this island magical.

In a nutshell, El Hierro (the island of iron in Spanish), between La Restinga and its sea floor, one of the most beautiful diving areas in the Canaries, Malpaso, the highest point on the island with its summit at 1501 meters, El Charco Azul and its natural swimming pools, be prepared to find El Hierro enchanting.

Don’t hesitate and ask for your estimate !

CATEGORY: ONE WEEK STAY, FULL BOARD